Lennie Rampone and Aaron Marsh are long-time residents of the Okanagan. They’re fathers, coaches, and community ambassadors. It is a priority for them to take initiatives to help GIVE BACK to the community they have grown to love. This includes food drives for The Kelowna Food Bank, winter coat drives for those in need, and many other fundraising endeavours throughout the year.

Lennie Rampone was fortunate enough to coach 8 year old Connor Morcom a few years ago during his initiation year in Kelowna Minor Hockey.

Last year, his parents, Lee-Ann and Darren noticed that Connor had consistent problems with his eyesight. Though he was fitted with glasses, Lee-Ann and Darren weren’t convinced the problem began and ended with his vision. Eventually, an ophthalmologist agreed and sent Connor for a CT scan at Kelowna General Hospital. In Vancouver, a craniotomy determined Connor had medulloblastoma, a form of brain cancer that starts at the base of the skull and can spread to other parts of the brain and spinal cord. By February of 2016, Connor and Lee-Ann moved to Vancouver’s Ronald McDonald House for Connor’s 31 rounds of intense radiation to his brain and spine over six weeks at nearby BC Children’s Hospital. After a break and respite back in the Okanagan, they returned for his maintenance phase: six months of chemotherapy, or six 28-day rounds that had them spend three days every cycle in the hospital and returning for bi-weekly follow-up appointments.

“At just eight years old, Connor has had to endure more than 25 blood or platelet transfusions,” says mom, Lee-Ann.

Lee-Ann has witnessed firsthand the difference that blood donations can make on young patients while supporting her son while he endures months of cancer treatments. Patients undergoing chemotherapy often suffer from anemia. Tragically, the Morcom’s are battling their biggest hurdle to date and I’m sure, like us, many of you feel helpless and desperate to help.

In an attempt to help support the Morcom family, Rampone-Marsh Mortgages will be holding its first annual blood drive for Connor Morcom from January 24th to January 31st, 2017. If you wish to sign up as a donor, please let us know or contact your local Canadian Blood Services clinic and be sure to register under Connor so he knows how much support he has!

Please share and donate (every little bit helps!) and together we can help support this beautiful family in their time of need.

Thank you all so much for your love and support. 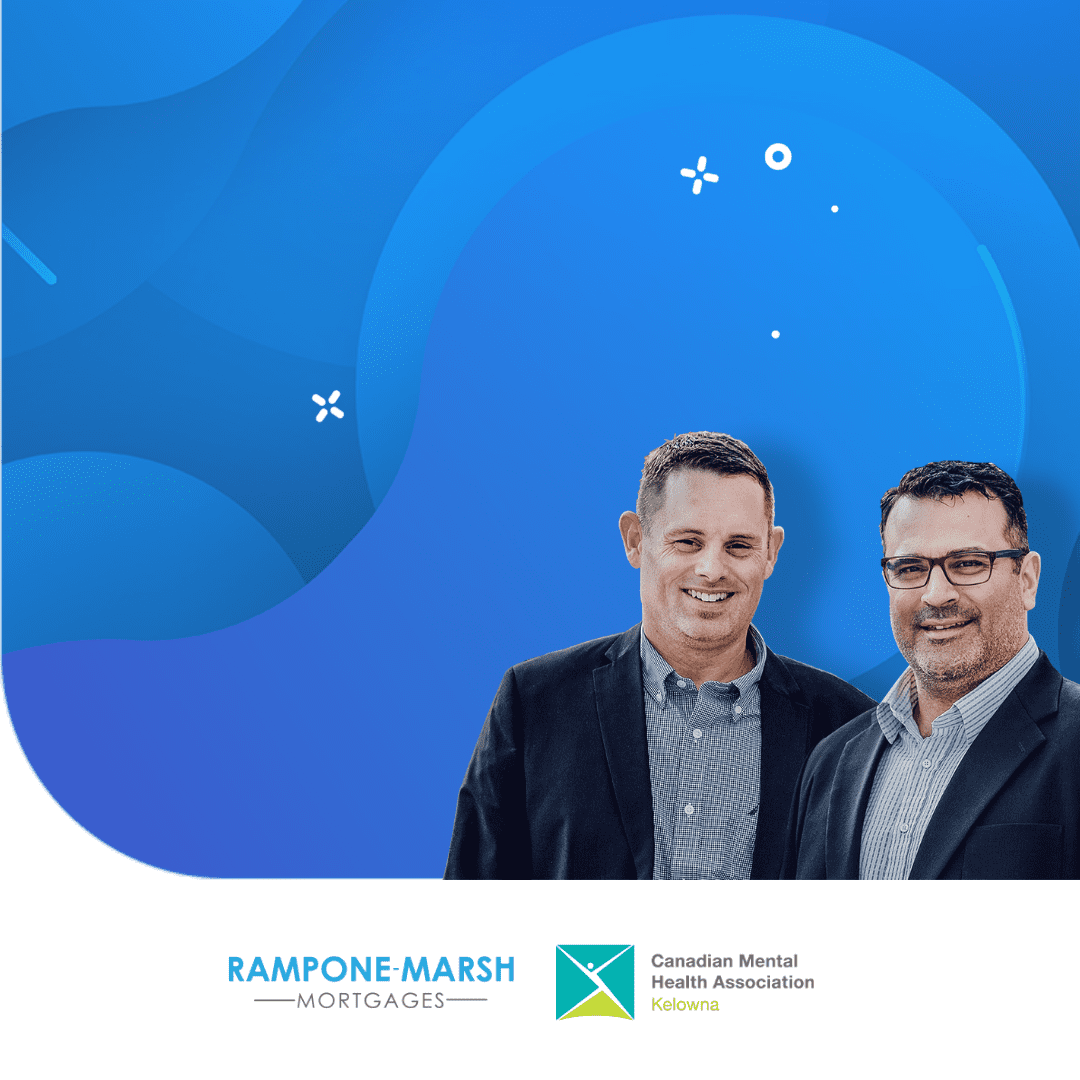 Bank Declined Your Mortgage Application? We Have Options!

You found the secret word!
Submit below to be entered into our contest. 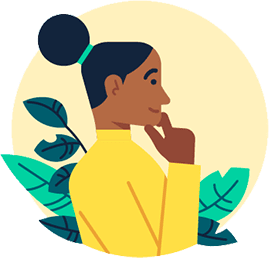 Find out how much I can afford in 2 minutes! 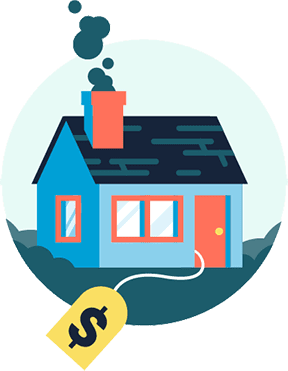 I have a
specific home
in mind

Find out if I can
afford it in 2 minutes! 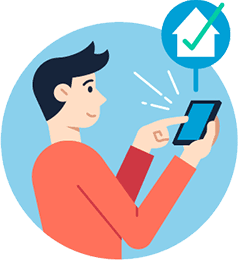 I want to
refinance a
home I own

Find out how much I can
take out in 2 minutes!

is a type of mortgage where the interest rate fluctuates periodically based on bank prime rates. It is also known as the variable rate mortgage.

is the duration of the loan re-payment that is calculated by equal continual payments to pay off the outstanding debt at the end of a fixed period, including accrued interest and principal on the unpaid balance.

is an estimate of the value of a property that is assessed by a qualified professional called an “appraiser.” The value is determined by either a direct comparison, cost or income approach.

is an individual who is involved in arranging financing for a client who does not personally loan the funds himself. Brokers are normally compensated for their work by charging a setup fee or receive direct commission from the financial institution they are setting their client up with.

is the final step in the mortgage process, which involves a meeting between the purchaser, vendor and lender. It is where the property, title ownership and money legally change hands.

is the Canadian Mortgage Housing Corporation. They provide High Ratio Mortgage Insurance by protecting the lenders and guaranteeing them payments on the funds they are lending out. Allows people to obtain homes with less than 20% down.

is an agreement in writing between a lender and a borrower to loan funds on a specific date. In a commitment there is a set list of conditions that need to be met prior to funding by the borrower in order for the transaction to be properly executed.

a mortgage that is not insured by a mortgage Insurer (CMHC ,Genworth Financial, and AIG. (Under 80% Loan To Value)

a report that provides information to the brokers and financial institutions about the applicants current and past credit history.

is when the borrower fails to meet legal obligations in the mortgage contract. It is specifically when they fail to make their monthly payments on a mortgage.

is when the borrower fails to make their mortgage payments on time. This normally leads to a forced sale on the borrowers home.

is the difference between the property value and the financing secured against the home. Whatever portion is not secured by the lending institution constitutes itself as the “owner’s equity”

a mortgage which is in first lien position. It takes priority over all other liens that are registered against the property. The only way a first mortgage can be pushed into second position is when the government is involved and registers tax liens against the home.

is a type of mortgage where the interest rate is set for a specific period of time. The rate cannot fluctuate and a fixed payment is set during the term negotiated between the lender and the borrower.

the total income that an individual earns per month prior to any expenses or deductions are taken into consideration.

is a source of funds for a lending institution. The institution then promises a certain rate of return to the investor based on the assessed risk of placing those funds out in the marketplace.

is a legal entitlement that is secured against a property for an outstanding payment of a debt or obligation.

is the difference between the amount of the registered lien(s) and the property value expressed as a percentage. For example, if there is a mortgage registered for $100,000 on a $200,000 property, the loan to value ratio is 50%.

is the lowest price that a seller would agree to have someone purchase his property for. At the same time the highest price a buyer is willing to pay for that same home. Most of the time a home is purchased within 3-4% of the asking price of the seller under normal circumstances.

the borrower or homeowner.

the borrower’s gross income less all deductions and taxes.

is a fee that is charged by the lending institution and or broker in order to prepare and organize the loan for the client. Normally a certain percentage of the loan amount is calculated and deducted from the gross proceeds.

is an abbreviation for principal, interest, taxes and heat. P.I.T.H. is also known and referred to as a monthly housing expense. This information is taken into consideration when calculating how much an individual can qualify for.

is a legal document authorizing one person to act on behalf or represent another in a legal transaction.

is when a lender allows the borrower in a mortgage to make additional payments that are not set within the regular payment schedule.

is a penalty charged to the client due to paying out a mortgage prior to it’s natural expiration.

is the financial obligation still left on a mortgage. This does not include interest accrued or paid on the mortgage.

is a professional who is legally registered with a real estate brokerage firm that provides the services of helping someone find or sell a home, and will usually partner with a preferred mortgage broker.

a mortgage which is in second lien position. It takes priority over all other liens that are registered against the property except for the first mortgage.

is a legal document that provides ownership verification of an individual’s property.

is a certificate that is normally distributed by a title insurance company. It guarantee’s a home buyer’s legal safety against errors in the title search. It also insures that no other mortgages can be registered without acknowledgment and permission from a lawyer and the originating financial institution.

is a search that is usually completed by a lawyer or title company in order to obtain municipal records. It is done in order to confirm the legal ownership of the property. Prior to registering any mortgages, a title search is completed to insure that there are no unknown encumbrances secured against the home.

is when a decision is made whether pursue or provide a loan to a potential individual seeking financing. Standard underwriting considerations used to assess a file are credit, employment, and net worth. Based on the information provided an appropriate rate, term and loan amount are provided as offers to the client.